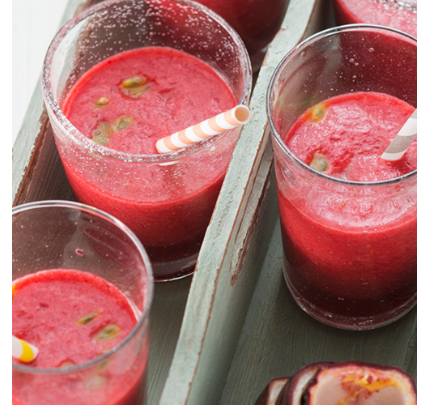 You’ve heard the expression don’t throw the baby out with the bathwater. Try changing it to: don’t throw the wilted spinach out with the trash! Rescue nearly spoiled produce and turn it into something fresh and flavourful. You’ll feed your family – not the garbage – with these tasty transformations.

Smoothies and juice: If you’ve got overripe fruits and veggies softening by the second, mix and match them for deliciously thick smoothies. Good combos include: peas with pineapple and strawberries; carrots and broccoli with mango; or cucumber and lime. You can also whip up a satisfying, nutrient-rich juice using wilted spinach or less-than-crisp kale, overripe strawberries and orange juice.

Sweet treats: If apples are starting to dent or peaches are taking a turn for the worse, turn them into mouth-watering treats for the family. Imperfect apples make a rustic homemade applesauce. Overripe berries bake well in cobblers and pies. Or mash up soon-to-spoil mixed fruits for a tasty sundae topping.

Soups, sides and stock: Don’t toss onion scraps or extra chunks of carrots. Freeze them until you have enough to stir up homemade vegetable broth that can be used in soups or risotto.

Tremblett’s is proud to be serving the Ingersoll community. Tremblett’s Your Independent Grocer is the only owner/operated supermarket in the area. Owners Rob and Jessi are proud to offer a complete line of President’s Choice and ACE Bakery products along with all the quality brands you expect to find at a full-service, neighbourhood grocer.